Why Are Farmers’ Markets So Popular?

Why Are Farmers’ Markets So Popular?

Farm fresh food had just been reduced to being an urban individual’s dream. With the world witnessing industrialization, assembly line production has been used to produce groceries at markets more than ever. People now shop in departmental stores and have a wide variety of food choices. There are, however, pros and cons to the extended variety of produce.

Veggies produced by large corporations are flooded with chemical fertilizers, growth stimulants, pesticides and what not primarily to make them mature faster than they are naturally supposed to grow. This acceleration of the growth process helps to increase the corporations’ profit margins. Fruits and veggies can even be grown in an artificial climate to again, speed up the growth process. The downside of this can lead to produce being less nutritious than what the consumer is expecting. Every package manufactured by big retail chains can carry with them a large amount of preservatives to give them a long shelf life even after long transit times from the manufacturing facility all the way to the stores.

The assembly line production and processing could use unhygienic methods and other such faulty procedures that can take away the nutritive value of the food. Farm produce is picked up from the farmers at throw away prices but sold in hyper markets at inflated rates. Ultimately nothing healthy reached the plates of the customers. Only bad health and long bills deteriorated the condition. Thus when illness griped the human civilization, the concept of “farmer’s market” was encouraged.

Farmer’s market is the term coined for a place within the local community where all types of food products found locally and grown organically are sold to buyers by local producers. Those who grow, sell their farm produce. Vegetables are grown naturally without the use of any harsh chemicals; animals used for meat are those who fed on the organic grasses, homemade and fresh produce like cheese, bread and other such stuff.
The farmer’s markets are becoming popular by every passing day. The first and foremost reason for the same is the opportunity to have organic produce straight from the fields to your kitchen. This has made the people more acquainted with healthy living standards as they prefer organic foods over foods from the departmental stores. Awareness regarding drowning medical standards and doctors’ advice to cut on processed foods kept under refrigeration for days together has boosted the public confidence in farmer’s markets. This is also beneficial for the small farmer as a way to supplement his income. 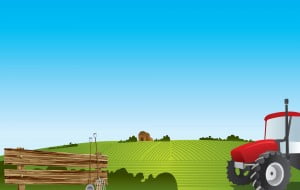 The lure of profits due to rising popularity is driving more and more growers to enter into this venture of farmer’s markets. These markets also bring people closer. Unlike a big store, here the customer comes in direct contact with the producer of the veggies and other foodstuffs. The personal charm of the growers is an attraction for the consumer. Various health organizations have time and again declared mass produced foods guilty of stripping the common man’s health. Therefore propaganda has further formed the public opinion in the opposition of foods that are not organic which has been a boon is disguise for the farmer’s markets. The pros of these markets and the cons of assembly line production have contributed to the popularity of farmer’s markets.